Home Solar Power saves the consumer money in many ways. From the raw materials used in production, the production process, increased property values, net metering and favorable tax incentives and rebates from state, local, and federal governments. Below is an overview of a few of the ways you can save money by switching to home solar power.

Saving money by switching to Home Solar Power starts with the basic costs of the raw materials used in the production of electricity for use in your home.

Electrical Power from the Sun 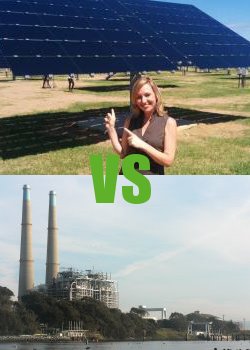 The raw energy we get from the Sun is completely FREE of charge. Solar energy doesn’t need to be mined, transported, refined and it doesn’t produce harmful waste or byproducts. Solar Energy is also inexhaustible; the solar energy produced by the sun is equal to 12.2 trillion watts per sq. mile per year1. That is more than enough energy to fill the energy needs of the entire human race forever. Free is a very good price!

Nuclear, Coal, Natural Gas, Oil and Hydro Power (dams): All of the conventional means of energy production require raw materials that have associated costs that are subject to frequent price increases. The costs associated with conventional electricity production include fossil fuels, transportation, refinement and infrastructure maintenance. Price increases and costs always get passed to the consumer.

The raw materials needed to produce the electricity to power your home are just the beginning of your power costs. By taking charge of your own energy production you can effectively “freeze” your cost over time and avoid constant price increases.

Home Solar Power is produced by photovoltaic panels installed on your roof. There is a one-time charge to purchase and install roof top solar panels that have an average life expectancy of 20 years. Your solar panels create electricity all day, every day, with no added costs over their lifespan.

Electricity Produced by Your Local Utility

Conventional electrical providers i.e. the power company rely on production methods that have costs that are constantly rising. Raw materials as well as transportation, refinement and maintenance required to run an electrical power plant increase every year (sometimes more often). These increases are always passed on to you, the consumer. By producing your own power with a rooftop solar array you can avoid some of these rising costs.

Many states and/or municipalities and utility companies participate in net metering. Net metering allows the home solar power producer to put excess power back into the grid and get paid by the utility at the same rate they are charged for electricity. If your energy company raises their rates your payback raises the same amount! You can actually watch your electric meter spin backwards which is an awesome visualization of the money you are saving.

A study by the Lawrence Berkeley National Laboratory (LBNL)2 has shown that photovoltaic home solar power actually increases the value of a home. The study found that a home solar power system adds about $5.00 per installed watt of solar power. An accepted residential average for a home photovoltaic system is 5KW, which translates into $25,000 added value to the average home.

The federal government and many states have adopted aggressive alternative energy programs that are very supportive of home solar power installation. In a lot of cases the combined rebates and incentives offered allow for home solar panels installed on your home at little or no cost to you at all.

In many areas our solar consultants can set you up with a Solar Leasing arrangement. With a solar lease solar panels are installed on your home at no cost to you. The panels are owned by the solar leasing company and your lease payment covers all your power costs. In most cases with a solar lease agreement your monthly cost are not only less than your current energy bill but are also guaranteed fixed for 20 years or more. No costs and savings from day one!