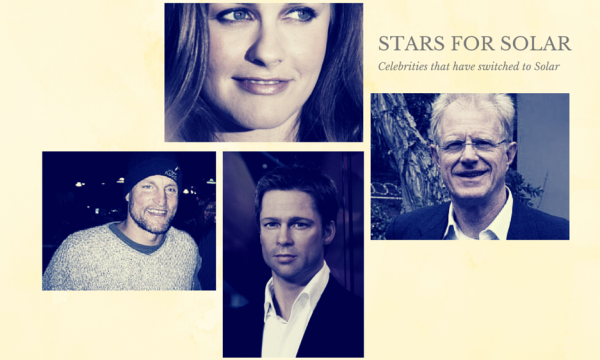 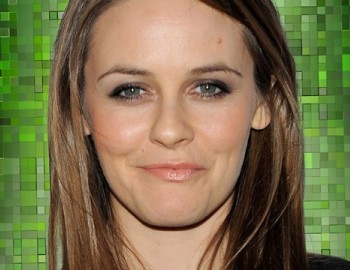 Alicia Silverstone – She’s all about the environment…she’s transformed her Los Angeles home into an enviro-fortress, complete with solar panels, materials recycled from older buildings and energy-saving appliances.

Ed Begley, Jr. is an outspoken activist and a huge supporter of renewable energy, and in the past has urged Facebook to “unfriend” coal energy as well as supporting the solar energy company Sungevity

I know that solar electric works. How do I know that? Because it’s been making my electricity since 1990…These things work. We need to embrace them as quickly as possible 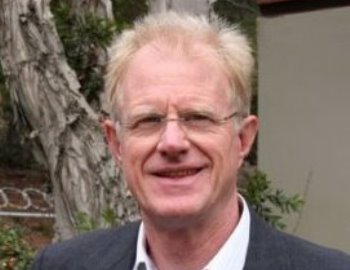 Brad Pitt has invested heavily in solar power as part of his Make It Right project in the Lower 9th Ward. Pitt, the actor and part-time French Quarter resident, has become a passionate advocate for rebuilding the storm-ravaged neighborhood including building 150 storm-resistant, solar powered and energy-efficient houses through his foundation.

We have solar panels providing the energy, and it works

Woody Harrelson is as well-known for his environmentalism as he is for his movies. He is longtime supporter of alternative energy sources; he supports everything from biodiesel to solar power.

To be conscious of your footprint, I think, is the number one thing, and then it’s not really a revolution, it’s evolution 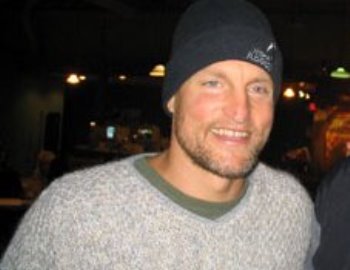 More of your favorite “A Listers” that have embraced Solar Power

Johnny Depp
Maybe it’s a little extravagant to own a whole island, but Johnny Depp has turned a conservative cheek. In partnership with Mike Strizki, founder of the Hydrogen House Project, he’s turned his 35-acre Little Halls Pond Cay into a self-sustaining mecca that runs on hydrogen solar cells. Now that’s home solar use at its finest!

Julia Roberts
This Pretty Woman went to extremes to ensure her new Malibu nest was an eco-friendly retreat. Using wood from a sustainable forest and recycled tiles, it’s packed with responsible features, such as solar panels installed on the roof.

Daryl Hannah
She’s making an impact by going off the grid completely in her idyllic Rocky Mountain abode. Home solar energy provides for her needs, a spring out back furnishes water, and a backup biodiesel generator kicks on in emergencies. These are just a few of the features that make her home such a unique domicile.

Rachel McAdams
Living far from California and the bustle of Hollywood in Canada, this Lady has a cause she’s passionate about. Her home utilizes solar panel power as an energy source, and she leads by example. Her bike is her steed of choice whenever possible, she unplugs appliances when not in use, and her car is electric. She believes that everyone can work to make a difference, no matter what their economic status or where they live.

Orlando Bloom
This gent is shooting straight with his newly completed London residence. He rebudgeted his construction plans to conform to eco-friendly mores that include features from solar panels to energy efficient light bulbs.